The Role of Women

In their works, Nathaniel Hawthorne and Ernest Hemingway offer a wide range of vivid images of women. The literary movements that the two authors represent define the depiction of female characters and their positions in relation to men. Thus, comparison and contrast of the narration, symbolism, and conflict in Hemingway’s short story “Hills like White Elephants” and Hawthorne’s “The Birthmark” reflect the role of women and reveal differences and similarities between Modernism and Romanticism.

Hawthorne presents the development of a female protagonist using his peculiar point of view. In terms of narration, Hawthorne implements the strong subjective voice, making the point of view of the narrator convincing and omnipresent. Moreover, Hawthorne explains every metaphor in detail, preventing the readers from making their own inferences and predictions. In the same manner, the narrator reveals the feelings and thoughts of the characters, thus making the story straightforward and equally understandable for every reader. The use of symbols and fantastic elements as well as the focus on mental processes and the inner world of the protagonists are characteristic for Romanticism.

The symbols of the story reveal the development of the female protagonist. Georgiana’s birthmark has a forthright and explicit interpretation. The stain embodies the original sin, conveying that people are born imperfect. However, Aylmer perceives this mark even more broadly as “the symbol of his wife’s liability to sin, sorrow, decay, and death”. Therefore, Aylmer deprives Georgiana of alternatives and choice. He conveys that the birthmark can serve as a symbol of the inferior role of women in the society. At the same time, the birthmark also has other meanings. For example, it denotes the external sign of humanity, life and emotions.

The birthmark also triggers the development of two types of conflict – internal and external. Initially, Georgiana likes her unique birthmark, treating it as a “charm.” The subordinate position of women in Romanticism makes her view herself through her husband’s perception of her. At first, she endeavors to resist, which becomes the external conflict with the man and, on a broader scale, with the society. However, Georgiana’s conflict ends with her mimicking Aylmer’s hatred of her birthmark and then refusing from self-defense despite the fact that she doubts the success of the procedure. If she resisted participating in his experiments, she would be regarded as disloyal, which could aggravate the external conflict. She sacrifices herself to her admiration and love for Aylmer, which is the resolution of her inner conflict. In this context, some similarities can be traced in another story.

Conversely, Hemingway’ narration is characteristic for Modernism. The author uses the objective third-person point of view. Unlike in Hawthorne’s story, the narrator’s role is restricted to words and actions of protagonists; there is no reference to their thoughts. Contrary to Hawthorne’s audience, the readers of “Hills like White Elephants” have to decipher the meaning of the story, analyzing the characters’ conversations. The phrases “It’s really not anything. It’s just to let the air in,” “It’s the only thing that’s made us unhappy,” and “I don’t want anyone else” allow a reader to infer that the whole story revolves around the theme of abortion. To construct the narration, Hemingway applies the innovative literary technique of Modernism, which he calls “the principle of iceberg”. It means that there is much more present in the moment, but little is directly exposed, which significantly differs from the romantic short story. For example, it is unclear whether Jig decides to preserve or terminate the pregnancy. The symbols of the story support this uncertainty.

Not only Hawthorne’s story is rich in symbols, the same is applicable to the story about Jig and the man. However, Hemingway’s symbols have more underlying meanings. The change in the appearance of hills represents the stages of Jig’s psychological state. At first, the girl is fascinated with the scenery where the hills “were white in the sun”. The same brightness and optimism prevail in her heart at the beginning of their relationship. In the middle of the story, Jig again refers to the image of hills, but this time frustration and hesitation fill the description. At the end, the girl looks “across at the hills on the dry side of the valley” when “the shadow of a cloud moved across the field of grain”. As the nature’s colors fade, Jig’s hopes for the bright future with the man and a baby dwindle. As in the story about Georgiana, one symbol represents a number of meanings. The hills also represent the main theme of the story, which is the conflict between birth and abortion.

In both stories, there are external and internal types of conflict associated with the women’s struggle for equality with men. Jig resembles Georgiana in her passivity. Similarly, for Jig it is almost impossible to realize her desires because of the economic dependence on men in comparison with Georgian’s social constraints. On the internal level, Jig hesitates whether to keep the baby. External conflict complements the inner one: she needs but does not have enough confidence and courage both to defend her position and to state it directly. Thus, the resolution of conflict lies in Jig’s suppression of her own desires and dreams about a baby. In brief, although Hemingway represents Modernism, the topic of inferiority of women has not changed much in comparison with Hawthorne’s times.

The short stories “Hills like White Elephants” by Hemingway and “The Birthmark” by Hawthorne unfold the women’s struggle with the expectations of compliancy to men. These two authors differ in their narration styles and presentation of symbols. Their works bear vivid similarities in terms of the subordinate positions of women in relationship with men, and the resolution of conflict. In brief, although Jig is described through the perspective of Modernism and Georgiana represents Romanticism, they both have a stereotypical feminine role because they succumb to the desires of men. 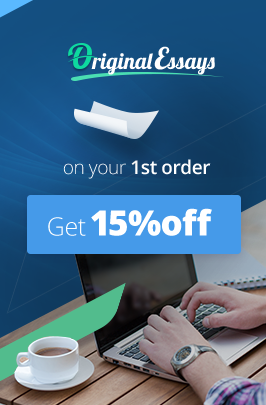