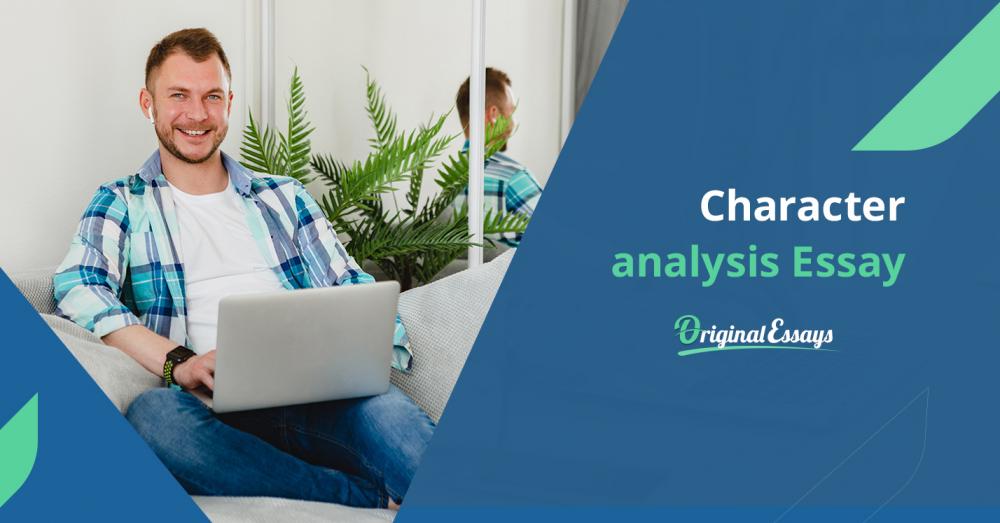 Character analysis essay assignments are given particularly to those students who major in liberal arts and specifically in literature. In such cases, they are frequently assigned papers where they have to analyze characters from some specific literary works. As a rule, when performing character analysis, students have to focus on the main character’s traits or features, the main ways of interaction with other characters, the conflicts they are involved in within the story, and even some possible forecasts as to how these characters might develop. To put it frankly, when students are working on a character analysis essay, they need to analyze the role the character plays in the whole story. Even though at first sight, it does not seem as some complicated task, in reality analytic essays are rather challenging. First, they demand from a student to possess not only fluent narrative skills but also demonstrate critical thinking skills. Second, analytical assignments demand some research. If you wonder how to write a character analysis essay and succeed in it, check out the tips, guidelines, and recommendations outlined in this article.

What Is a Character Analysis Essay?

When you analyze a character, you should not just describe some facts that you extract from the literary work or movie but you should apply your critical thinking skills and analyze the character from psychological perspective. Specifically, you may focus on the character’s emotions, reactions, specific situations, motifs, reasons of certain behaviors or attitudes, etc.

If you do not want to miss out anything important, be sure that you set aside enough time to read the assigned literary work in detail, pay attention to details, analyze the character, and come to conclusions based on your observations.

How to Select a Character for Analysis?

The character should be chosen depending on the topic you have been assigned. If you can choose the topic on your own, then you should pick a character that you find for yourself to be more interesting to analyze. Remember that you should be passionate about the focus of your work. If the character has not been specified to you by your professor and you hesitate as to what character to choose, take a look at the following guidelines:

Before you make a decision as to what character to analyze, please consider the following character types. Hopefully, the list will come in handy for you when you write your essay on characters:

Steps on How to Write a Character Analysis Essay

As with the other types of essay writing, make sure that you come up with an outline before you start writing your paper. An additional step here might be to write an outline of the very character, where you would provide specific points of who he/ she is, what he/ she is like, and so on. Brainstorm ideas that you would like to include in the paper. You may present this plan to your teacher or professor before you start writing so that he/ she approves of your paper outline and the focus you have chosen.

Effective Tips That Will Help You Succeed in Analyzing Characters:

How to Format Your Character Analysis Paper?

There are not any specific requirements as to how to structure or format a character analysis paper. The general academic writing and formatting standards are the same as in the other essays. You need to provide an introduction, body paragraphs, and a conclusion.

Introduction. This is a brief paragraph where you provide basic and background information on the topic of your essay, specifically you provide some facts and details of what will hold your paper together. You may as well explain the significance of the specific character you have chosen. Besides, it would be a good idea to provide a brief portrayal of the character under analysis.

Conclusion. To write a conclusion, sum up all details and findings you have come up with in the process of writing. You may also add some of your remarks as to how the character evolved.

If it is a daunting challenge for you to present a perfect character analysis paper, then you can look at the paper sample provided at Original-Essays.org website. You may use the example as a template for your future papers. The essay should be developed clearly and consistently since its main aim is to provide readers with a better understanding of the character’s life and experience as well as focus on any lessons that were derived. If you feel that you cannot manage this task, feel free to rely on Original-Essays.org for help.

The Characters Analysis: Emily Grierson in Faulkner’s Rose for Emily

On one hand, Emily Grierson from William Faulkner’s story titled A Rose for Emily was a typical spinster from a small American town, but on the other hand, she was a mystery that no one managed to solve. The character of Emily is one of the reasons why the readers get so deeply emerged in the story as she does not belong to the category of people who are easy to understand. Faulkner creates a complex psychological personality that functions as a main driving force of the story facilitating the development of the conflicts and allowing the writer to communicate his messages to the audience.

Emily’s true personality is not explicitly described in the story and many features of her character could be logically derived only from indirect evidence. Emily remains hidden from the society both literally and metaphorically. “After her father's death she went out very little; after her sweetheart went away, people hardly saw her at all”. Faulkner develops this idea with the help of various symbols. For example, he says that the only “information” that the townspeople got from Emily’s house was the unpleasant smell. He also draws attention to the fact that people were not able to understand the real reason of that smell as they supposed that it could be because the kitchen was not properly kept and offered other causes. In other words, the smell was not a reliable source of information and it is a powerful metaphor for everything the townspeople knew about Emily and her true personality. They heard only the “smell” and failed to see the real nature of her actions and the motives that governed her behavior.

Nevertheless, there is one aspect of Emily’s character that was probably perfectly defined by the townspeople – her pride. She values her dignity so high that no person in the town could find courage to contradict her or do anything that would allow to doubt her status. This attitude could be illustrated by several different episodes, but the scene when Emily bought poison is perhaps one of the most impressive. The druggist was supposed to ask Emily about the purpose of her buying the poison as it was required by law and he even attempted to do it, but he faced her gaze and failed. “The druggist looked down at her. She looked back at him, erect, her face like a strained flag”. This man preferred to disobey the law to getting into confrontation with Emily and without saying anything wrapped a bottle of arsenic for her. Therefore, Emily’s pride and her desire to keep her status high made a great impact on the people who surrounded her.

Emily’s background plays a significant role in the story. She is a daughter of the man who was an important figure in the town and when he died, Colonel Sartoris issued a regulation that she would pay no taxes. Therefore, for the previous generation of the townspeople the Griersons were the “pillars” of the society. This situation creates a certain pressure for Emily and she feels the painful need to correspond to the social expectations and norms, even if they prevent her from finding her happiness. The townspeople had certain stereotyped vision of how a woman from the old Southern family should behave and Emily, either consciously or subconsciously, had to follow these patterns. For example, when her father died, she refused to accept it and did not want to bury him. However, the townspeople did not see anything too strange in her behavior. As the narrator says, “We did not say she was crazy then. We believed she had to do that”. This situation was also typical for many other spheres of Emily’s life.

One of the most important aspects of Emily’s role in the text is the attitude of the townspeople to her, her family and her house. Despite the fact that Emily, as it has already been mentioned, was a complex and troubled personality, nobody noticed it. For others she was a strange woman who created barriers between her personal life and the community, but it would not be a mistake to argue that the townspeople were also responsible for these borders. At the very first sentence of the story Faulkner defines two types of attitudes towards Emily that became obvious after her death. For men she was “a fallen monument” and for women she was something curious that fueled their imagination.

Emily is deeply affected by the main conflicts of the story. Faulkner focuses on three types of conflicts – the individual versus the society, men versus women and past versus present. Although Emily does not have any direct conflicts with other townspeople, it is clear that she rebels against the new life style and new principles in her own peculiar manner. She chooses to reject the society that failed to make her happy and took everything in her own hands. She never lost dignity and appeared to be strong and confident. Faulkner writes, “It was as if she demanded more than ever the recognition of her dignity as the last Grierson”. Faulkner also refers to a difficult conflict between genders that is especially topical for such patriarchic communities as the old American South. Emily, being a woman, was not truly able to counteract the society dominated by men. Moreover, when Homer Barron left her, she could either act as a passive victim or protect her reputation. Although the methods that Emily chose to “influence” Homer were inhumane, Faulkner treats this murder more like an exaggerated metaphor of Emily’s position than an act of merciless killer. Emily’s pride and her desire to keep high social status could be also partially explained by the necessity to have certain tools that a woman can use in a patriarchic society. However, these two conflicts are perhaps overshadowed by the painful tensions between the past and the present described by Faulkner. He writes, “Miss Emily had been a tradition, a duty, and a care; a sort of hereditary obligation upon the town”. She becomes a symbol of the past that the townspeople did not feel like destroying, but to which, in fact, had no positive feelings. Modernity ruined Emily, her way of life and even her house, thus showing that there are few chances for any society to prevent the changes that are bound to happen.

To conclude, Emily Grierson, the protagonist of Faulkner’s short story, is a character that is quite difficult to describe and analyze as the author does not give much information about her real life. However, at the same time this fact tells much about Emily’s personality and the way she was treated by the townspeople. She is a proud person and comes from a respected old generation family and it stipulates the attitude of others to her life – they treat her as a symbol not as a real woman with feelings and emotions. All these elements also play an important role in the development of the conflicts mentioned in the story. Emily as a character does not only function as a driving force of the plot development, but also shows how deeply these conflicts penetrated into the life of America.